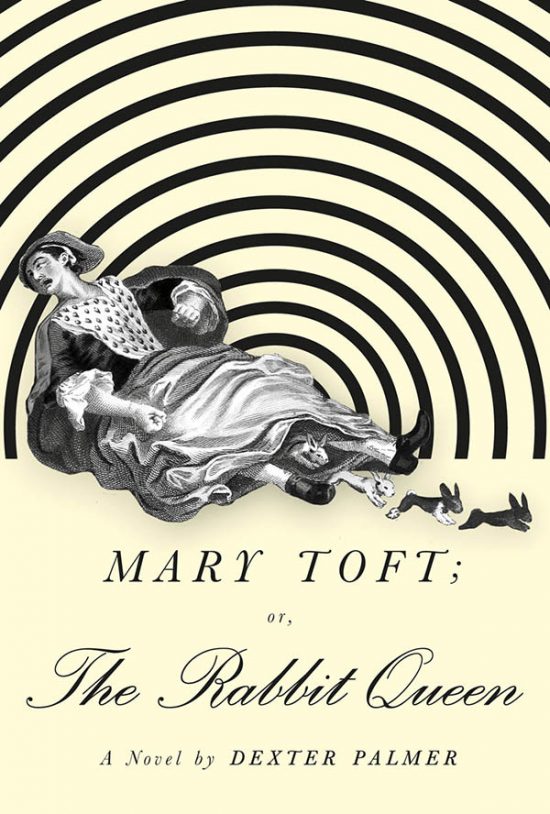 Now available:
Mary Toft; or, The Rabbit Queen, the new novel from the critically acclaimed author of Version Control.

In 1726, in the town of Godalming, England, a woman confounded the nation’s medical community by giving birth to seventeen rabbits. This astonishing true story is the basis for Dexter Palmer’s stunning, powerfully evocative new novel.

Surgeon’s apprentice Zachary Walsh knows that his master, John Howard, prides himself on his rationality. But John cannot explain how or why Mary Toft, the wife of a local journeyman, has managed to give birth to a dead rabbit. When this singular event becomes a regular occurrence, John and Zachary realize that nothing in their experience as rural physicians has prepared them to deal with a situation like this—strange, troubling, and possibly miraculous. John contacts several of London’s finest surgeons, three of whom soon arrive in Godalming to observe, argue, and perhaps use the case to cultivate their own fame.

When King George I learns of Mary’s plight, she and her doctors are summoned to London, where Zachary experiences a world far removed from his small-town existence and is exposed to some of the darkest corners of the human soul. All the while Mary lies in bed, as doubts begin to blossom among her caretakers and a growing group of onlookers waits with impatience for another birth, another miracle.

“Palmer spins a cracking tale that, despite its disconcerting subject, is piquantly cheerful and compassionate . . . With empathy and imagination, Palmer explores the master/apprentice relationship, first love and first rivalry, spite and kindness: conjuring a world to raise a wry smile . . . Palmer is paying Mary the compliment of complexity . . . She is a woman whose story, both happily and unhappily, is rather more than the sum of its rabbit parts.”

“[Palmer] takes a daring narrative leap: He tells the story not from Mary’s perspective, but from the point of view of Zachary Walsh, a fourteen-year-old apprentice to the real-life figure of John Howard, a local surgeon in Godalming who helped discover Mary Toft and bring her to prominence . . . From there, Palmer’s impeccable research kicks in . . . Where there are gaps or fuzzy areas in the actual history of Mary Toft, Palmer fills in the illustration with lush detail, vivid characterization — and most importantly, philosophy . . . Epistemology is a big pill to swallow in a work of historical fiction, but Palmer coats it with sure storytelling, a compelling voice in the form of Zachary, and a gripping mystery at the core of the story . . . Palmer has always been a novelist of big ideas, and Mary Toft is his most thoughtful work yet.”

“In a small English village at the dawn of the Age of Enlightenment, a woman named Mary Toft gives birth to a dismembered rabbit every few days. Whether her plight is a medical miracle, an elaborate hoax, or a ‘shared moment of collective delusion’ is the conundrum of this frolicsome period comedy.″

“Mr. Palmer hews closely to historical records, a reasonable decision when history is this insane.”

“Deft, droll, and provocatively philosophical… A novel that attempts to illuminate ‘the slippery nature of truth,’ when everything from God to reality is up for grabs.”

“Palmer brilliantly fictionalizes the true story of Mary Toft…. [He] evocatively captures the period…. But more impressive are the novel’s inquiries into the human concerns of wonder, denial, and belief…. Palmer skillfully and rewardingly delves into the humanity at the heart of this true historical oddity.”
—Publishers Weekly

“A brilliant work… Like the historical fiction of Hilary Mantel or Caryl Phillips, Palmer does not shy away from the depravity of the past. Expertly utilizing an actual bizarre historical event to explore faith, reason, and the foundations of our current economic system, this exhaustively researched and dexterously constructed novel is another triumph to add to Palmer’s incredibly diverse corpus of works.”
—Booklist (starred review)

“Mary Toft is wonderful! The kind of novel that you want to read and then discuss with other readers. But then Dexter Palmer is a writer like Hilary Mantel or Kate Atkinson, able to move between genres and time periods, by virtue of the almost supernatural sympathy he is able to invoke for his characters and the sense of the worlds they inhabit.” —Kelly Link, author of Get in Trouble

“Mary Toft; or, The Rabbit Queen is provoking in ways that reach well beyond the premise, anticipating as it does our own ‘world of ash,’ with all its spectacle, factionalism, and noise. It is vividly composed and audaciously imagined, filled with characters who do battle against a world that perceives them as strange—or who, conversely, assume strangeness as a mask in order to induce the world to see them at all. It is yet another wonder in Dexter Palmer’s cabinet of wonders.” —Kevin Brockmeier, author of The Brief History of the Dead

A beautifully written, slyly profound meditation on perception and reality. I relished each immersive scene, each detail. I wanted to sit and discuss with the characters their beliefs about the world. Reading it, I was torn between wanting to gobble it all up quickly or savor it over time. —Nicole Galland, author of I, Iago 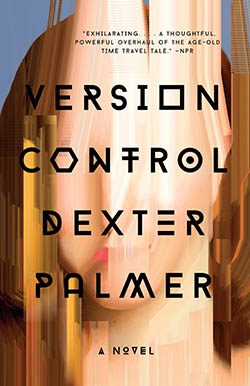 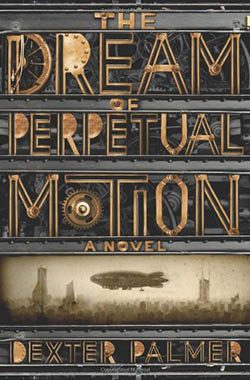 The Dream of Perpetual Motion

A debut so magical… so extraordinary… it has to be read to be believed… Imprisoned for life aboard a zeppelin that floats high above a fantastic metropolis, the greeting-card writer Harold Winslow pens his memoirs. His only companions are the disembodied voice of Miranda Taligent, the only woman he has ever loved, and the cryogenically frozen body of her father Prospero, the genius and industrial magnate who drove her insane. Beautifully written, stunningly imagined, and wickedly funny, The Dream of Perpetual Motion is a heartfelt meditation on the place of love in a world dominated by technology.​ 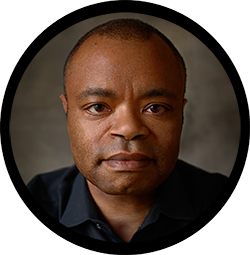